COTE NUIT COTE SOLEIL DANS LES MEDIAS DIVA INTERNATIONAL DIPLOMAT, Marit Fosse, décembre 2015 Muriel Scibilia, is a former journalist, Head of Communication and Information at the United Nations Conference on Trade and Development (UNCTAD). Despite a busy and hectic professional life, Ms Scibilia has spent more than a year dedicating her free time to writing a book entitled “Côté nuit, côté soleil”), which discusses the very sensitive subject of adolescent cancer. Nobody talks much about how young people and children handle such a difficult illness; and Ms Scibilia’s book is a very poignant account that leaves nobody indifferent. Her main objective is to give us all some ideas on what to do, and what not to do, ideas about how you should talk to young people going through this terrible experience. Here is Muriel Scibilia.

Q: You have just written a book of evidence on youth and cancer. Could you tell us something about it?

Actually, what I did was write a journalistic book entitled "Côté nuit, côté soleil". The concept was based on the idea of letting ten adolescent tell their own story. All of them had had cancer and had survived. It is the story of these young adolescents.

I asked them "What was the most horrible thing that you had to go through". They had to make an effort to try to relive what they had experienced and to remind themselves what the most terrible aspects were. Sometimes the answers are quite surprising. For example, for a young girl, the most terrible thig was losing her hair. This is something that you would not or could not imagine when you are an outsider. You would think perhaps that the operations, the chemotherapy must be the most awful thing to endure but no… in this case it was the loss of her hair.

The other question was “What was the most amazing, the most magical thing you experienced?” As an outsider thinking about cancer and teenagers, everyone is afraid or feels awkward about it, insecure. Most people do not want to be confronted with this issue. So they escape, simply because it's scary, because it affects children and you do not want to see them suffer. This is a legitimate reaction. However, not everything is completely negative, because nice things do happen also incredible things, beautiful things. This can be moments or gestures of solidarity, quite unexpected gifts, and travel experiences. This is why I asked them to tell me the most exceptional thing that had happened to them.

The third question was “How did the fact that you have been seriously ill affect your you and your view of life?” What interested me in particular was to understand how ten years later this experience had affected their lives. I wanted to know if they had a goal, or something that made them move ahead. I asked them: “You have been so close to death, what has this done to you? Does life have a different sense? Does it paralyze you?” The answers I received are very different from one person to another. For some, this experience had ruined their future. For instance, there was a young girl who dreams of becoming a chef. She had cancer and things did not turn out well for her because she is now handicapped. She can walk but she cannot stand up for long. The result is that she cannot become a chef because this is a profession that requires a lot of standing. So this cancer destroyed her dreams and ruined her future. For others, it is the opposite. Having going through a difficult experience give them a rage and desire to live. One of them told me “I know that a lot of negative things will happen to me in life. It will make me sad, but it will never destroy me”.

Q: As Head of Communications at UNCTAD, why have you embark on such a venture?

I wanted the public to understand what you should do and what you should not do. I have realized that you feel very awkward; you feel helpless. Both you and the people in your environment. You would like to do something. If you read and listen to what these adolescent say, you can understand what you can do easily without having to be told to do it. These are often small things that can make a huge difference to the person. One, for instance, told me: “I do not want anyone talking about my illness. What did me the most good was when someone came and play video games with me. That was what I needed there and then”. When someone in your entourage is suffering from these problems and you are going to pay them a visit in hospital, after reading this you know a little bit more about what to do. You can play with them or simply read a book and, in this way, you do the young person well . This is not a huge investment that costs a lot of money; it a way to behave – just being there.

This is one of the aspects. Another thing is community support, in both its narrowest and broadest sense. This means that the way people react to teenagers is different. Teenagers learning about life are fragile. There are things that work and things that don’t. If the environment – the school, the community, not just the family, – is involved, it is also very positive in giving them the energy to fight and move forward.

Then, it is also the story of my daughter who suffered from cancer. While at the hospital with her, I met other young people whom I cared about and I wondered how life had evolved for them. I found interesting and useful to share their experiences with a larger number of people. What they say is valuable and it should be heard; very often we don’t give them the opportunity to express themselves by talking to them. There may be lots of “studies”, but they do not let the teenagers talk.

Q: Do we talk enough about cancer?

The situation has changed. Today, there is quite a lot of talk about cancer. A few years ago it was still taboo. A few years ago in France nobody liked to say the word “cancer”. What people said was that a person had died “as the result of a long illness” – and the name of the illness was not mentioned. This issue about cancer is no longer taboo. There are magazine articles and TV programmes, etc. However children and adolescents cancers is still something we talk about very little. Today eight out of ten children recover. This is a huge figure compared to y few years back. However, the question we must and should ask is “Has the person indeed been cured?” They have survived but what about the consequences - the long term consequences – for these young people? They can end up disabled, suffer from cardio-vascular problems, become sterile, and endure other problems in their adult life. There are indeed lot of thing to look into.

If you want to learn more about how to have with or talk to persons with cancer, read Muriel Scibilia’s book. She has generously granted all the rights of the book to an association conducting cancer research for children and adolescents. 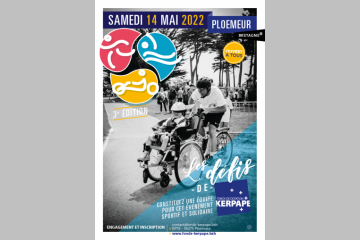 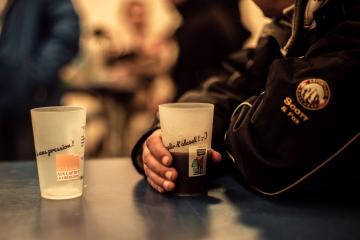 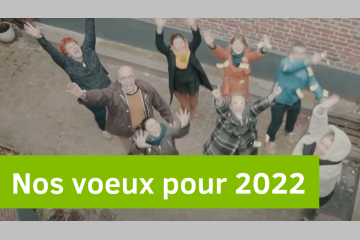 Up Sport !
Afficher plus